The Great Trek Festival pays tribute to this original Great Trek. The University of British Columbia at Fairview was founded in 1915 and grew rapidly in its first seven years. Building was minimal at UBC and the Government had ceased the building of the area of Point Grey. Despite a great feeling of hope surrounding the creation of this new institution, the quick expansion made obvious the necessity for more adequate facilities at UBC. 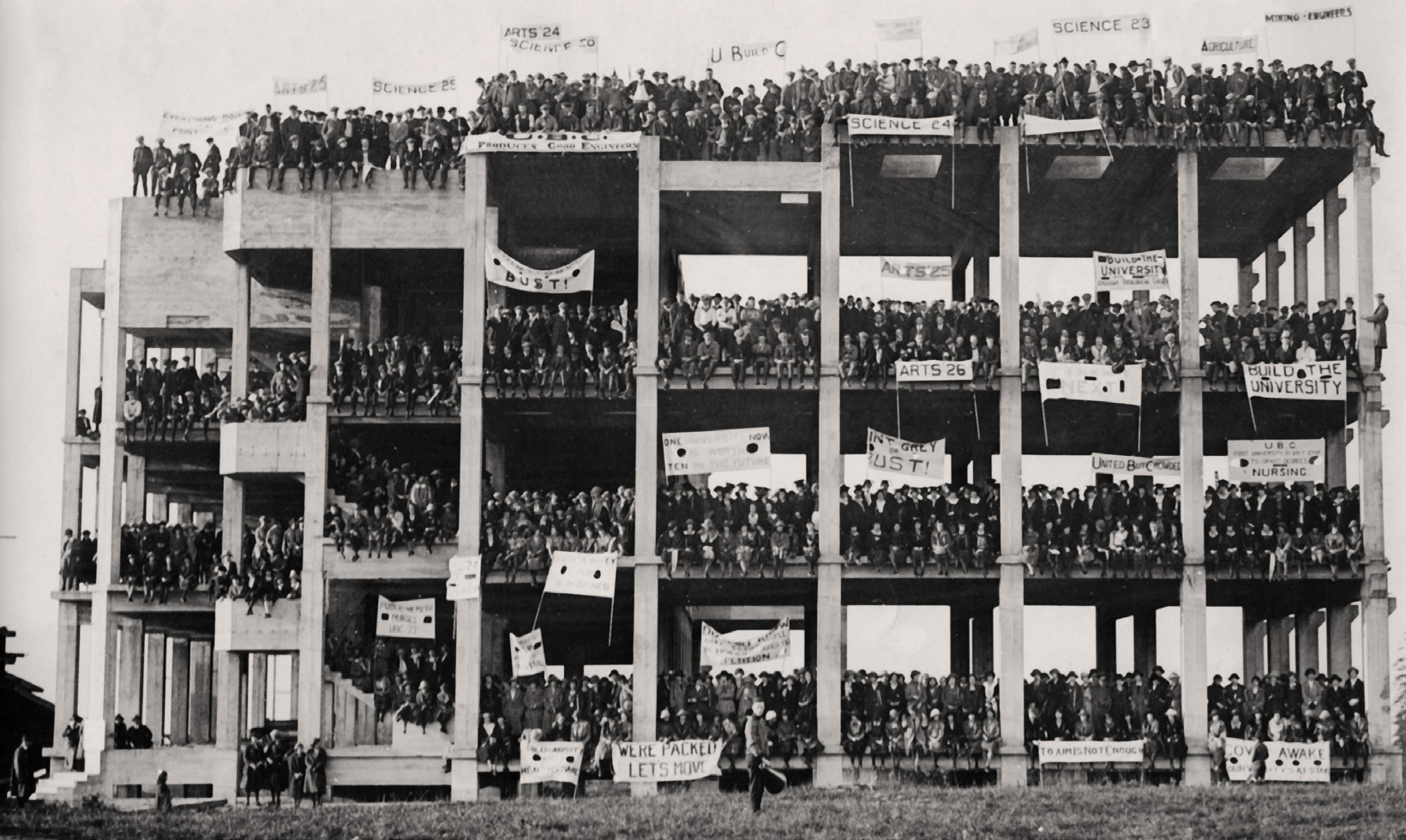 Students began a campaign in 1922 to encourage the building of more classrooms and facilities for the university.

The student’s petition for signatures began at the start of the school year, September 1922 and by the week of October 22-29, they had reached 56,000 signatures, collected from residents of Vancouver in support of more suitable building at UBC. During this same week, the students embarked on a ‘Great Trek’ through Downtown Vancouver and ended up at Point Grey. After the march took place, the petition and signatures were presented to the Cabinet in Victoria and the continuing of building on Point Grey was approved. The students were successful.